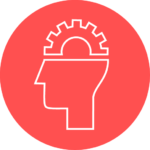 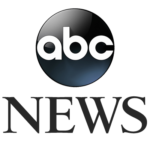 April 17, 2019 – EAST PROVIDENCE, R.I. (WPRI) — Mentioned one of their friends were recently hacked. Someone with a Russian email address got into her email, then took over her social media accounts.
The hacker even loaded up her Amazon cart with more than $100 worth of phone accessories. Reginald Pierre, our IT specialist at SecurityRI, said it’s a common scenario, but one that may be avoidable by using two-factor authentication. Two-factor authentication (sometimes called two-step verification) requires a password, plus something else to prove it’s actually the user logging into the account. Often, that second step is a code that’s texted right to the user’s cell phone. SEE MORE

June 21, 2017 – The personal information of 198 million American voters was vulnerable online for days, stored on an unsecured server by Deep Root Analytics, a media analytics firm that was hired by the Republican National Committee. WPRI Channel 12 interviewed our COO, Gian Gentile his thoughts regarding the breach and how we can protect ourselves. SEE MORE

May 29, 2016 –  Hundreds of Rhode Island Blood Center employees’ social security numbers and other sensitive information has been exposed, following an e-mail phishing scam. Jon Volatile with SecurityRI.com says this is becoming all too common as hackers get more sophisticated, masking their e-mail addresses as people you would trust. SEE MORE

August 20, 2015 – URI is warning current and former students of a security data incident involving email accounts. The University has launched an investigation after about 3,000 University email accounts were inappropriately collected, ABC 6 interviewed the experts at SecurityRI in hopes to inform all students of their next steps to take.SEE MORE

July 15, 2015 – After the latest cyber attack, which compromised over 21 million Americans’ personal data, ABC 6 interviewed the experts at SecurityRI in hopes that local companies gain awareness of the threat potential in hopes they take measures to prevent it for happening to them.SEE MORE