Pokémon Go is taking over, and it has not even been one month since its launch. Users are signing in from all around the world to play. More than 21+ million unique users sign in every day in the United States alone – and that number is continuing to rise. With a large amount of users, Pokémon Go needs to prove that it can protect all of the data it receives from users. END_OF_DOCUMENT_TOKEN_TO_BE_REPLACED 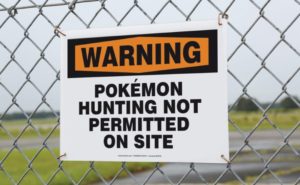