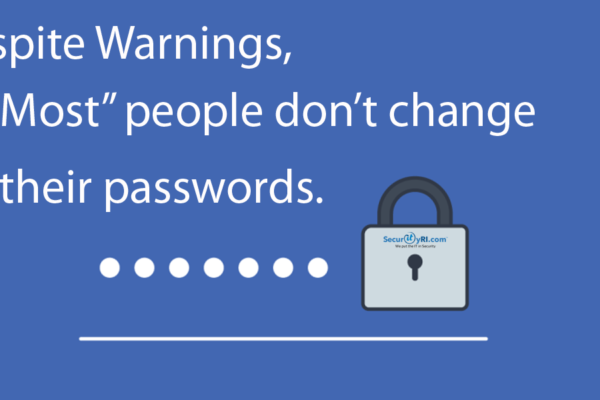 Have you changed your passwords lately?

– 21% of respondents said that they used personal information such as their favorite football team, their pet’s name or birthdays when creating passwords. This is particularly risky because this type of information can often be found on social media sites.

– 43% said that the number of different passwords that they had to remember was ‘overwhelming’ and 30% said they had at least 10 different accounts.

– 8% said that trying to remember all their passwords was more stressful than a divorce or changing jobs.

– 40% said that they ‘remembered’ their passwords, followed by 20% who preferred to write them down on a piece of paper.

Only a few (8%) said that they use a password manager, a single sign-on service like Facebook or Google (4%) or kept them on a document in the cloud (1%).

We suggest the following when choosing passwords: