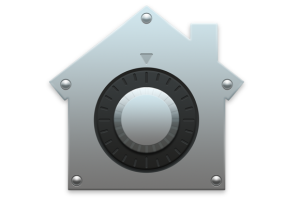 An Apple Macintosh (Mac) is both similar and different to Microsoft’s Personal Computer (PC). A Mac and a PC are both computer systems that rely on both hardware and software to operate. Macs typically run a different Operating System (OS) than the PCs. A Mac uses OS X and a PC uses Microsoft’s Windows. With 99% of the world’s computers being PCs, many people are familiar with PC security while the remaining one percent is left out of the conversation. Here are some useful Mac security tips.

1. iCloud Alone is Not Good Enough

Back up your data on more than just a virtual platform such as iCloud. Backing up data is a huge part of Mac security. It’s simple enough, back up your data to protect your data, which contains a great deal of personal information. Time Machine is a build-in application for Macs which allows for easy backups for what are normally hard backups to perform.

This one is pretty straightforward. If your Mac tells you that you are due for an update, then you should do the update as soon as possible. Failing to perform updates as soon as they are recommended can have severe consequences and can compromise Mac security. For example, your risk of being hacked by a cybercriminal increases dramatically when you do not update your Mac.

3. Use an Advanced Firewall

Keychain is a built in application designed for Mac security. Keychain will safely store all of your passwords, certificates, and other personal information and sensitive data. This stored information is encrypted, making it nearly impossible for a security breach to occur. Keychain also promotes maintaining strong passwords to increase overall Mac security.

Mac security can be jeopardized when Java and Flash are operational because they can easily be compromised by hackers. Macs have been targeted through these two programs many times in the past. Simply put, Java and Flash are overrated and are less common nowadays. The average user of the internet can get by without these applications. Security experts encourage Mac users to disable both Java and Flash components and plug-ins within web browsers in order to maximize security.

FileVault is a built-in feature for Macs. FileVault will encrypt your hard drive. Data encryption is important because it makes hacking seemingly impossible. It would take a significant amount of effort for a highly skilled cybercriminal to break through data encryption. Typically, when the target has encrypted data, the hacker will move on to an easier and more vulnerable target.