Why Active Security is Better Security 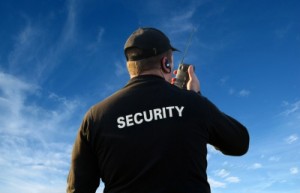 Say goodbye to writing reports while on duty. Technology has advanced so that security personnel can communicate with one another and the client with devices.

Cell phone and tablet use are on the rise for the best private security companies. These devices allow for reports to be written faster with voice recognition.

Most people can talk faster than they can write or type. Also, writing and typing requires time and attention on the screen or paper report. With voice recognition, live reports can be created while the security team is still performing active security service.

Active monitoring is the process of attentively watching monitors wired to security cameras. Acquiring security cameras from the same company that a private security guard is employed by is an effective strategy because they are highly trained in the operations, functions, and limitations of the surveillance videos.

Additionally, a trained private security guard knows to never take his or her attention off of a monitor for too long because anything could occur at any time that could jeopardize the safety of personnel and property.

Experienced criminal offenders will attempt to seal their identities from security cameras.  If the video display units are actively monitored by trained private security personnel, then appropriate protocol can be followed. The local police department, security supervisor on duty, and the client will all be notified instantly while the act is occurring.

The quicker the act is responded too, the more likely it is that the offender will be caught and arrested. Failing to actively monitor security cameras with a trained private security guard could lead to unsolved crimes. Relying on the security footage after the criminal has already escaped with the organization’s valuables is failure.

Security professionals hope to never have to report an incident of a security breach. No activity usually means that the area is safe. However, that is why we are there for you. We want to create a safe area.

Even if there is not any criminal activity, then this does not mean there should be minimal activity from a security standpoint. Active security is the best security. Make sure your private security company practices active security strategies.