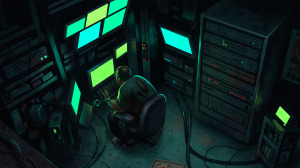 In the world of technology, there has been a development of computer criminals which jeopardize our digital safety known as hackers. Hackers are individuals who seek and exploit weaknesses and vulnerabilities in a computer system or network. These cyber-attackers typically have an advanced understanding of computer hardware, software, and programming. Hackers may either act alone as lone wolves or be part of a larger group with an organized mission and clear objectives, such as: Anonymous, DERP, Hackweiser, RedHack, and Lizard Squad. Regardless, hackers are dangerous to businesses of all sizes.

The law relating to computer hacking is listed as Title 18 of the United States Code, Section 1030, otherwise known as the Computer Fraud and Abuse Act (CFAA) of 1986. This law prohibits unauthorized access or damage of protected computers, which is either the property of the United States government or owned privately by a business or individual and the hacking affects commerce. As technology continuously progresses, the law is constantly being amended to include other technologies such as tablets and cell phones. Penalties for violating this law are very serious, and consist of a hefty fine and long prison sentences.

Depending on whether or not the hackers act alone or is part of a group, the cyber-attackers will have different motivations and purposes. Breaching computer security systems and networks of businesses and government organizations is not something everybody just wakes up willing to do. Many hackers derive their motivation from numerous sources, such as: the need for money, the desire to control somebody else, the need to steal personal information, or the desire to disrupt operations.

There are many techniques used by hackers in order to breach our security. Hackers will commonly use a vulnerability scanner which is a program that quickly checks computers, networks, and ports for weaknesses. A brute-force attack is an aggressive method of determining the passwords and other information of computers and networks. A spoofing attack, otherwise known as phishing, is a trick program posing as another website or program which is intended to fool users into providing personal information. Finally, rootkits are programs that are low-level and sneaky because they will install themselves on computers and networks without notifying the users.

Hackers have many different classifications based on the type of attacks performed, skill level, and the purpose of the attack. A white hat hacker breaks security for non-malicious reasons, such as testing their own security system or that of a client. A black hat hacker’s goal is to destroy networks and to steal data through a malicious attack. An elite hacker is highly respected due to his or her high level of skill or performance during a previous attack. Finally, a hacktivist is a hacker who utilizes technology to publicize a social, ideological, religious, or political message.

The most notorious group of hackers is Anonymous. Anonymous is a loosely associated international network of activist hackers and other members. The majority of their work is spent protesting the decisions and regulations of the United States government. There have been several members of Anonymous who have been arrested by the Federal Bureau of Investigation (FBI) and have become informants in order to avoid long prison sentences. These informants have helped save the federal government millions of dollars of investigative effort.