Protect Yourself from the Web with these Internet Security Tips 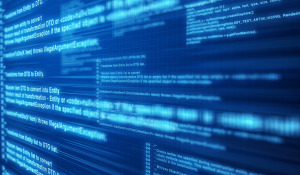 The virtual universe, better referred to as the internet, is a critical part of the infrastructure for businesses, and internet security ought to be as well. The internet allows people to quickly communicate, efficiently research, and mindlessly discover new information every day. With all of the good that comes with the internet, there is also a great deal of bad. The internet is a dangerous place for individuals and businesses. Personal and sensitive information is stolen and sold every day all over the world. Internet security has become a necessity to remain safe while exploring the virtual universe.

The web is full of malicious software which can only be stopped with internet security. Users are usually tricked or forced into downloading malicious software known as malware. Malware is any software used to disrupt computer operations, gather sensitive information, or gain access to private computer systems. Malware comes in many forms, such as viruses, Trojan horses, spyware, and worms.

Viruses are malicious computer programs, which are typically hidden within another seemingly harmless program, which produces copies of it and inserts them into other programs or files. Unlike viruses, Trojan horses or Trojans actually invite the user to download or install a program which contains malicious coding designed to steal sensitive information or disrupt operations. Much like viruses, computer worms maliciously replicate themselves but do so throughout a computer network, which could ruin business operations. Having strong internet security strategies and programs can help save you from hackers and malicious software.

Phishing is the illegal attempt to acquire sensitive information such as usernames, passwords, and credit card details for malicious reasons, by pretending to be a trustworthy entity. A hacker will send randomized emails to individuals which appear to come from a reputable and recognizable business or person. The receiver will open the email, believing it to be a legitimate email, and click on a link or download a file, which will then be used to target the computer for malware or to trick the user into entering personal details. Knowing basic internet security principles can help one to better recognize these fake emails and protect themselves and their businesses from phishers.

It seems like there is an application for everything nowadays. Applications are common on our computers, smartphones, and tablets, but might not be up to par with internet security standards. Applications that require personal or sensitive information are likely to be the targets of attacks. Depending on the server strength and infrastructure of the application company, your information could be at risk. Always be cautious before providing sensitive information to an application, because convenience is not worth the risk.

Not all web browsers are created equally. In fact, the standard web browser on computers utilizing the Windows operating system, Internet Explorer, has been rated to be the least secure web browser. Other web browsers such as Mozilla Firefox and Google Chrome are naturally more secure in terms of preventing malicious software from penetrating computer and network systems. The strength of your web browser’s internet security coding and programming could be the difference between a successful and an unsuccessful hacker.