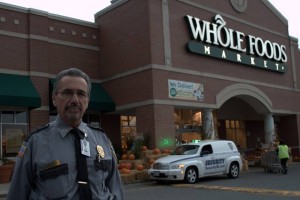 An organization may ask itself, “Why do we need private security guards?”  Even when a business may seem as if it is not at risk for criminal activity, there are many other incidents which may occur which a business owner may not even be aware of.

An organization may believe, “Well, the police are consistently driving around and are likely to deter and/or see any illegal activity on the property.”  To an extent, this may be true.  However, fact is that there are twice as many private security guards in the United States as there are police officers.  The routes commonly taken by police can often be predicted by intelligent individuals who are looking for a location to vandalize or to commit larceny at.  The presence of a uniformed private security guard deters illegal activity in a more cost-efficient manner.

Additionally, security guards are a constant set of eyes responsible for observing and reporting everything that the client requests.  This is known as incident reporting.  Incidents range in level of severity.  Security guards report everything from minor incidents such as light bulbs being out and power outages to major incidents such as an active burglar and fires.  Individual incidents are to be handled in a sound and unique approach, making it is extremely important to find a private security guard company that has a strong policy for handling incidents of all levels.  Effective communication through incident reporting is strongly correlated with successfully protecting and securing assets.  All reported incidents from a security guard should be communicated in concurrence with the client’s specifications.

One of the stereotypes of a security guard is an older gentleman with coffee and donuts sitting in a car or a booth for hours, maybe even asleep, doing nothing.  This stereotype implicates that security guards are lazy, lack effort, and do not have the client’s needs as a priority.  A lazy security guard is not only useless, but also a safety hazard.