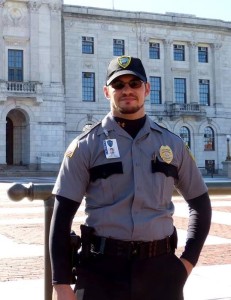 Contrary to popular belief, most private security officers remain active during the shifts.  Randomized foot patrols and vehicle patrols are utilized to consistently maintain the protection of property.  Specific patrol logs and detailed shift logs are typically required for each job site, ensuring that the guard is actively securing the client’s location.  Depending on the job site, security guards may also go inside of client’s buildings to check for any security breaches such as unlocked or opened windows and doors.  Everything is documented and reports must be detailed.  Active security is better security, which is often taught during training sessions.