Tips from Private Security for Securing Residences and Businesses 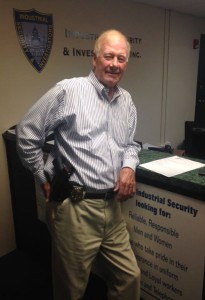 Private security companies will be the first to tell you that there are many factors that increase the risk of becoming victimized to the crime of burglary or larceny.  The first important factor to keep in mind is the weather.  It may sound strange, but according to the Department of Justice’s Bureau of Justice Statistics and the Federal Bureau of Investigations, criminal activity has a strong positive correlation with temperature.  Therefore as the temperature increases, so does criminal activity.  The next condition to be aware of is the time of year.  Criminal activity tends to increase during the holiday season.  The weeks leading up to both Christmas and Hanukkah are particularly dangerous.  During these holidays, potential criminals are aware of the abundance of presents and expensive objects which may be present in the majority of households and/or organizations.

Police departments may decide to increase their focus, time, and efforts towards a particular area of a city or town due to an increase in criminal activity at that location.  Often, the areas surrounding the area of increased police and security guard attention are more susceptible to criminal activity than previously.  This is a phenomenon known as spatial crime displacement, and it is especially common with the crimes of burglary and larceny.  Whether you are trying to secure your residence, an organization, or an abandoned building; there are many useful tips to utilize which can help secure any location from possible offenders.

Potential wrongdoers, especially those who wish to commit burglary and larceny, will typically conduct surveillance on a target location before attempting the criminal act.  The buildings which are more likely to be victimized are those which are private and have poor visibility from the public’s view.  Additionally, if a business has their windows covered with advertisements as a marketing strategy, then the interior of the business is less visible to the public eye and therefore less secure.

While conducting surveillance on a target location, burglars and larceners will carefully observe and note whether or not the structure is occupied.  These criminals will take notes of when people are and are not at the structure.  Once again, the mere presence of a uniformed private security guard will deter such criminal activity in a cost-efficient manner.  The last thing a burglar or larcener wants is confrontation with somebody, especially a private security guard who has the local police department on speed-dial.

Not everybody is willing to hire a private security guard for their personal residences.  In cases like this, it is important to make the potential offender perceive that there is somebody present in the dwelling.  In order to do this, both interior and exterior lights should be set on a timer which will automatically program them to turn on when it is dark outside.  It might be intelligent to set a television on a timer as well, to make it appear somebody is home and actively participating in the act of watching TV.  Many burglars are aware of these timer tricks, but going one step further can further deter the criminal act.

The final factor burglars and larceners consider is the accessibility of the desired goods.  The more difficult a structure appears to enter; the less likely that structure will be chosen for the commission of criminal activity.  Once again, a private security guard can control and monitor accessibility of a building while observing and reporting any suspicious activity.  Private security guards ensure that doors and window are locked and that a building does not have a breach of security.

For a personal dwelling with no private security guard present, it is important to make the structure as difficult as possible to enter.  This includes installing dead-bolts, alarm systems, security cameras with signs to notify potential perpetrators that they are on camera, and even acquiring a pet dog or two.  All are good measures to protecting a structure from potential criminal activity; however, there is no more efficient manner of securing a structure than hiring a private security guard company.