5 Recent Cyber-Security Breaches to Learn From 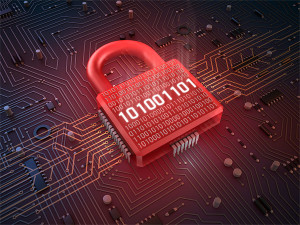 In early 2014, Ebay was hit with one of the worst cyber-security breaches of all time. Hackers were able to successfully access sensitive data. More than 233 million users of the website had their personal information compromised. It was later revealed that the Syrian Electronic Army (SEA) claimed responsibility for the breach, which they claimed to be a “hacktivist operation”. Essentially, the attack was not intended to steal information. The attack was intended to prove that hackers could successfully hack into Ebay’s databases.

On February 8, 2015, Chipotle experienced a cyber-security breach when its Twitter account was hacked. The hackers posted inappropriate posts to the company’s account. Millions of followers of the restaurant chain were exposed to racist, homophobic, and anti-government related tweets. This created negative public relations for Chipotle. Perhaps they will consider changing their passwords more often.

In the middle of 2014, criminals were able to create a massive cyber-security breach for P.F. Chang’s. Hackers were able to successfully compromise sensitive financial data from point of sale machines. Credit card and debit card information was then stolen and immediately went up for sale on the black market. Stolen account numbers were being offered for sale between $18 and $140. P.F. Chang’s was forced to upgrade to encryption technology to protect future transactions.

During the holiday season in 2013, Target was hit with a horrible cyber-security breach which created a public scare. Hackers were able to access the personal information of approximately 110 million customers of the retailer. Target hired a top cyber-security firm to investigate the matter. In total, Target has spent nearly $150 million in an attempt to recover from the cyber-security breach.

Do not let your company join this list of victimized companies. Make safeguarding your clients personal information and sensitive data a top priority. Change your passwords frequently, such as once per week or once per month. Ensure that your databases are protected with encryption technology. If you are not well protected, then your company is at a higher risk than others. A cyber-security company will protect your business by providing strategies and resources needed for a successful defense against security breaches.