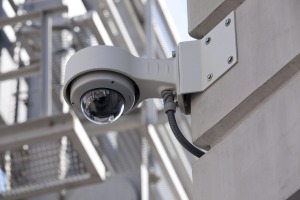 Many organizations decide that their prevention strategies could use a more modern upgrade rather than only having general private security services.  Some organizations do not have a structured system of security.  This can be problematic for both the safety of the employees and the protection of the assets and property of the business.  Employees want to feel safe at the workplace and business owners want to protect their property from being vandalized, stolen, or damaged.  Having both indoor and outdoor security cameras installed is an excellent tactic for preventing wrongful acts on the property of an organization.

In many cases, the mere presence of security cameras on a building is enough to deter people from committing wrongful acts on that property.  Potential wrongdoers know that modern security cameras are powerful enough to provide an exceptionally clear video surveillance tape to private security personnel and also the local and state police departments.  Novice offenders, more likely than not, will fail to consider the presence of both hidden and visible security cameras before committing the act.  More experienced offenders will spend the time to survey the location several times to make note of the presence and location of security cameras.  If a business has many security cameras without easily detectable blind spots, then that organization is naturally safer from experienced criminal offenders during both the daytime and the nighttime.

In addition to mere presence of surveillance cameras, posting warning signs around the property advertising the use of security cameras is a useful deterrent strategy.  Simple “WARNING!” signs containing a picture of a security camera are clear and effective.  Such warning signs could read something along the lines of: “Trespassers are both audio and video recorded at all times, violators will be prosecuted.”  If this isn’t enough, or the potential criminal wrongdoer takes this as a challenge, there are more polite and humorous signs to use throughout the property such as: “Smile, you’re on camera!”  Although very effective, some offenders will still choose to take the risk and dress in dark colors and wear a mask or hat which hides facial features and details.  These risk-taking offenders are gambling as to whether the security cameras are actively monitored by a private security officer.

Experienced criminal offenders may want to take their chances by attempting to seal their identities from security cameras.  If the video display units are actively monitored by trained private security personnel, then appropriate protocol can be followed.  The local police department, security supervisor on duty, and the client will all be notified instantly while the act is occurring.  The quicker the act is responded too, the more likely it is that the offender will be caught and arrested.  Failing to actively monitor security cameras with a trained private security guard could lead to relying on the security footage as evidence later on after the criminal has already escaped with the organization’s valuables.