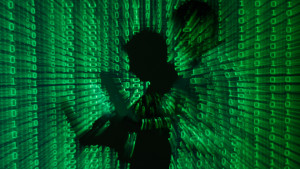 The hacker is one of the most mysterious criminals out there. Most criminals confront their victims during the commission of the crime. The hacker will almost never personally confront their targets. In fact, a hacker can compromise your personal information from across the globe. Hackers seem to be getting more creative every day. Here we have outlined a common profile of the typical hacker.

The hacker typically has above average intelligence. Creating computer codes and programs is difficult. Creating computer codes and programs designed to maliciously violate other devices, while bypassing security measures, is even more difficult. Hackers know how most cyber security systems operate, and tend to try to avoid companies with strong cyber security. Usually, hackers seek small to medium sized companies as their targets. The most intelligent hackers will attempt to develop programs to hack some of the largest and most protected companies.

As one might be able to guess, the typical profile of a hacker would include the word “introvert”. The hacker must be able to sit in front of a screen and create malicious programs, which requires long hours of labor. Then, the hacker must execute the program, which could take a long time if the cyber-attack does not go smoothly. Being able to handle a long length of time without having any communication with others is a must for hackers, leading professionals to believe that most hackers are introverts.

The hacker will have one of two strategies – to work alone or to work with others. A lone wolf works alone on cyber-attacks. The hacker could also belong to an organization which promotes cybercrime for a specific purpose, such as Anonymous. In large hacker groups, smaller groups of hackers may be the only responsible culprits. Large organizations will have larger targets, such as government websites and large corporations.

The hacker is typically on the younger side of the age spectrum. Computer science is still a relatively new field gaining popularity every year. It is a complicated field that is dominated by millennials. There are even hackers in their early teens seeking to exploit your personal information and sensitive data. Do not underestimate these young hackers. Often, they are the creative minds behind creating undetectable malicious computer programs.

Do not underestimate the power the hacker has. If your company is not properly protected, then reduce your vulnerabilities by contacting a cyber security company for assistance. All companies are at risk, regardless of size. Keep your risk low by securing your computer systems and network.