THE SEVEN PITFALLS OF CYBER SECURITY 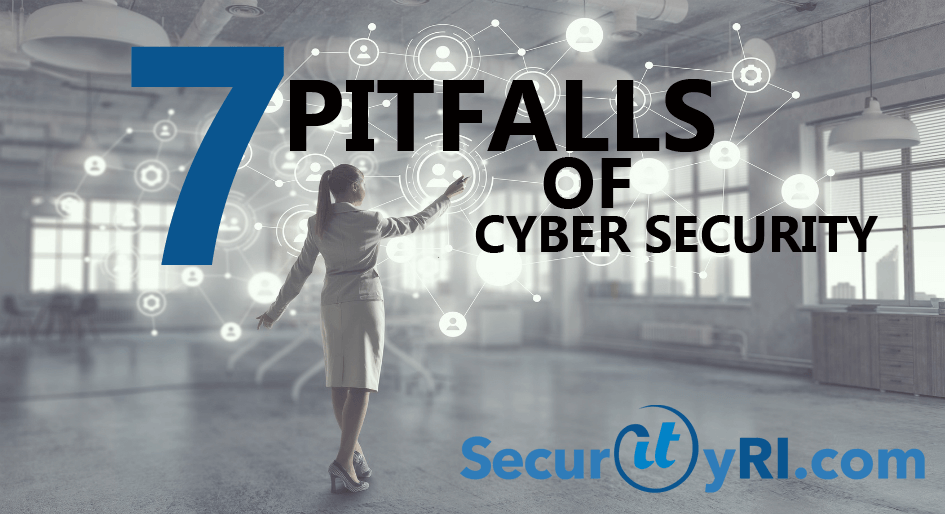 Based directly on IBM / Ponemon research, the following represent the top seven cyber security pitfalls that are opening US businesses up to massive financial liabilities, with the potential for something as serious as an extinction event.

A security policy is clearly worthless unless it is correctly enforced, and its suitability is regularly checked. However, only 32% of respondents could claim their security policies are reliably applied and regularly audited. On top of this, less than half or 43% enforce them only occasionally, 17% fail to audit their suitability, and 7% have no policies in place.

IN THE APPROACH TO USER SECURITY AWARENESS TRAINING

Despite all the commentary about its importance, only 16% of respondents considered user security awareness training a priority. A massive 71% pay lip service to it by either including security awareness as a one-off event at employee on-boarding or reinforcing it once a year. The remainder, 13%, admitted they do nothing.

Only 29% of respondents could call their vulnerability reporting robust, with the majority, 51%, optimistically classifying it as adequate. Surprisingly, as many as 19% have no reporting, and 11% even said they categorically had no plans to investigate its deployment or usefulness.

IN ADAPTING PROCESSES AND APPROACH AFTER A BREACH

Following a breach (experienced by 71% of respondents), only 44% implemented new technology, and only 41% changed their processes. Meanwhile, 42% started considering new technology, while 14% purposefully did nothing.

IN APPLICATION OF KEY PREVENTION TECHNIQUES

Only a minority of respondents had implemented all of them. The most prevalent technique was full disk encryption on mobile and portable endpoints, but even this was only performed by 43%. Application white listing was implemented by only 38%, and logging of authenticated users’ activity was used by only 41%.

AROUND DETECTION AND RESPONSE

The survey shows that:

So, in hard commercial terms, what does this vulnerability cost a typical SMB or enterprise? Beyond the readily identifiable impacts of a lost customer or downtime leading to lost opportunity, what are the wider implications? In the “2016 Cost of Data Breach Study: Global Analysis,” 1 IBM and Ponemon calculated a standard cost per lost or stolen record of USD $158. This calculation included direct expenses (e.g. engaging forensic experts, outsourcing hotline support, and customer relationship remedial costs such as discounts on products and services) and indirect costs (in-house investigations and internal communications). It also extrapolated typical values of lost customers and the impact of brand damage on future customer acquisition.

In closing, cyber security should not be taken lightly. Companies should invest in their IT infrastructure, while setting strict cyber security test dates. Also, user training can go a long way – seeing how “human error” causes majority of cyber breaches. If you have any questions, please feel free to contact us 24/7/365.