Istanbul Attacks – A Security Officer Took Down a Terrorist 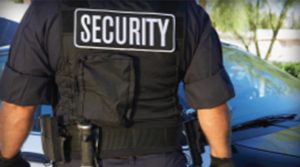 Our thoughts and best wishes are sent to the victims and their families. We are appreciative and thankful for the Turkish law enforcement and emergency personnel for their hard work during this hard time. The terrorism that occurred in Istanbul is sickening. We must, as human beings, be strong and vigilant in responding to terror. The need for security has never been greater. Security keeps us safe, especially when there are brave officers willing to protect and serve.

According to the Turkish Prime Minister, three terrorists took it upon themselves to kill at least 36 people and injure at least 147 more at the Istanbul Ataturk International Airport. The three terrorists used both firearms and suicide vests. Terrorism in Turkey has recently been on a dramatic rise, which needs to serve as a warning for other countries.

We need more security like that officer. Without panic, the security officer safely aimed his firearm and was able to take down one of the Istanbul terrorists. The United States has the ability to increase its domestic security by opening up more opportunities to the private market.

The terrorist attacks on the Istanbul Ataturk International Airport are the seventh act of terror in Turkey during the year 2016 – a horrifying statistic. This trend may have been surged by the attacks in Ankara, Turkey back on October 10, 2015, which was the deadliest attack in Turkish history (102 dead, 248 injured).

Turkey and terrorism have known each other for quite some time. Turkey is one of the allies helping in the fight against terrorism and radical extremists groups, such as ISIS. What happens in Turkey needs to be taken seriously in the United States. Terrorists are savages and will destroy everything in their path. Tough vigilant security is needed nowadays more than ever before, not only in Istanbul, but all around the world.